The Indian tech scene has been consistently busy with back-to-back launches of new phones, laptops and telecom services. However, the biggest one of them all in the second half has to be Reliance’s JioFiber service. Being in beta testing as Jio GigaFiber for almost a year, Reliance Industries Chairman Mukesh Ambani finally announced most of the key features of the subscription along with price range. And within a few days, you will be able to book the service for yourself.

JioFiber is more than just another broadband service for homes. Under the JioFiber tag, Reliance is clubbing its broadband, DTH service and landline connection for consumers. Along with that, Jio is also trying to change the way people subscribe to local cable operators as well as gain access to modern-day entertainment services. Additionally, JioFiber is also looking to encourage more homes to adopt smart and connected ecosystems.

If you are interested in going for JioFiber services, then here are a couple of things you need to know.

At the Reliance AGM event on August 12, Jio announced the price range for all of its plans for JioFiber subscription. Jio will offer both monthly as well as Annual plans, the latter being known as Jio Forever Plans. For the monthly plans, Jio will charge a minimum of Rs 700 per month and go all the way up to Rs 10,000 per month. The prices of the annual plans haven’t been announced yet.

When it comes to the JioFiber plans, subscribers will get minimum network speeds of 100Mbps and with the more expensive plans, they can expect speeds of up to 1Gbps. Jio hasn’t detailed any of the plans yet but you can expect the base plan of Rs 700 per month to offer 100Mbps speeds with minimum data allotment of 100GB.

JioFiber subscribers will be able to access DTH TV on their connections. Jio will sell a Set Top Box that will be able to access services from local cable operators such as Hathway, DEN Networks and others. There’s no information on how the billing will take place for these DTH services but it is expected that it will come under the same bill as that of the broadband service. 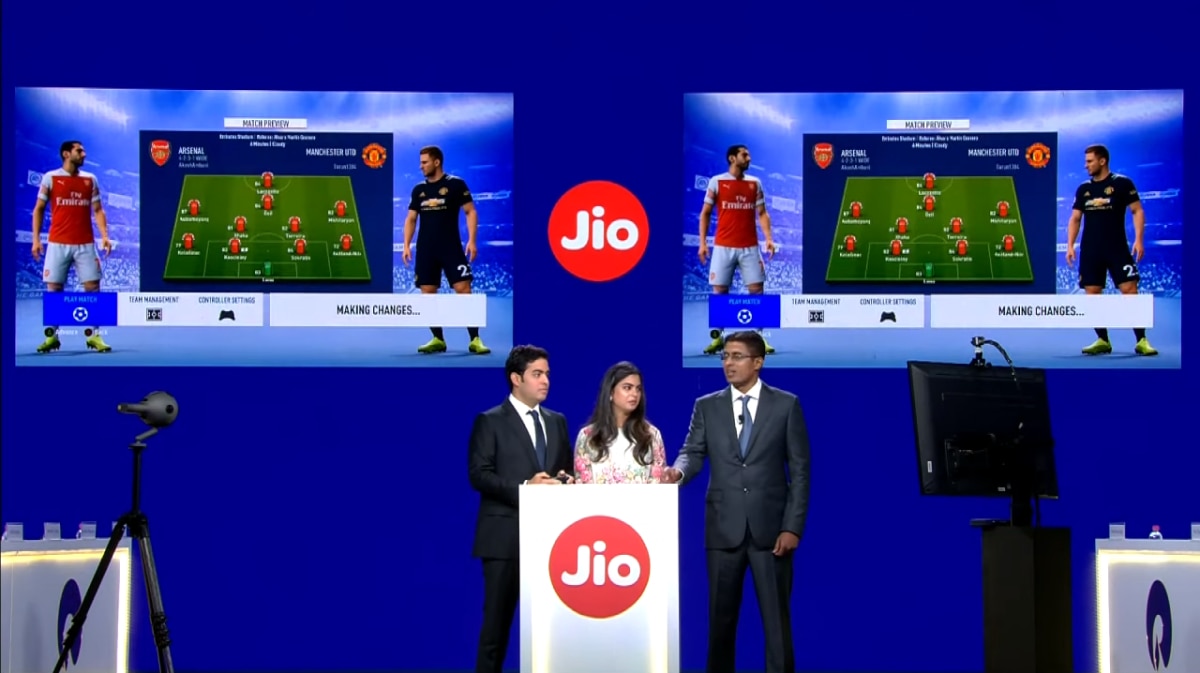 The Jio Set Top Box will stream content in 4K resolution and will also be offering many multimedia features, including gaming, Mixed Reality applications and video calling. Subscribers will be able to access all of Jio’s apps such as JioTV, JioCinema, JioSaavn and more. It was also said that Jio will allow access to popular third-party OTT platforms that will rely on JioFiber’s broadband service for streaming. For video calling, subscribers will have to get a camera for their TV and they can talk to four people simultaneously.

The JioFiber service will also offer a free landline connection. Called the JioHome Phone, the landline service will offer free voice calls to any number in the country. Even for international calls, Jio will offer plans with subsidized call rates and even unlimited calling for the US and Canada with special plans. Do note that the landline connection doesn’t come with a handset and hence, you will have to buy a landline phone to access the service. If you have been using the Jio GigaFiber service under the Preview offer, you already have access to the service before launch.

At the launch, Jio will have special offers to attract more customers. Firstly, the installation charges will be waived off for the first few months and subscribers will only have to pay the security deposit fee. For those interested in getting the full entertainment package, the JioFiber Welcome Offer comes with more benefits. Subscribers will have to opt for the Jio Forever Plans and when they do that, Jio will give them a 4K Set Top Box along with a Full HD TV or a Home PC.